You Can Be Both

Roberta has a post up, and I am in full agreement.

I'm going to lay this out nice and neat and as clearly as I can.

If you've seen the video of the former cop with his knee on George Floyd's neck, and you have any "Well, let's wait and see what the investigation shows", then leave my blog and don't come back.  (Oh, and be sure to let me know if your blog is in the blogroll so I can remove it, please.)

If you think "there's more to the story" and that any such "more" could potentially justify this action, leave.

If you don't think it is possible to be supportive of police in general and at the same time believe that this cop's actions are wrong, leave.

If you think people shouldn't be allowed to express their dissatisfaction with this behavior by peaceful protests, leave.

If you think burning businesses and cars is "peaceful protest", leave.

If you think spray painting and otherwise committing acts of vandalism on statues, monuments, buildings, churches, and other objects is legitimate protest, leave.

If you think this whole event was orchestrated by some secret cabal in order to win the 2020 election, leave.

If your initial reaction to the death of Mr. Floyd is "Well, he shouldn't have been doing things that could get him arrested", leave.

If you think all cops are racist and prone to excessive use of force against black men, leave.

If you think all protesters are violent thugs and are just out to steal what they can, leave.

You can support the police and condemn the actions of the four police officers involved.  You can do both.

You can support protesting and condemn the violence and vandalism.  You can do both.

You Can Be Both.

Opined by Jeff B at 11:25 AM No comments: Links to this post

Fight Back, Any Means Necessary

Obviously, those who know me know I'm an advocate for being armed to defend yourself or others, but this story shows you can use any means at your disposal to fight back against aggressors:

“The soldier intervened by striking the shooter with his vehicle, causing him to be critically injured, but ending the encounter with the active shooter and likely saving countless lives,” Kitchens said. 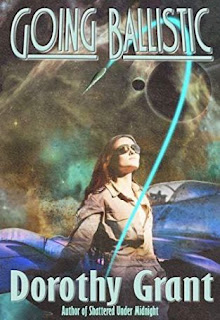 My friend Dorothy Grant has a new book out.  Get your click on and help her out, wouldya?

Remember the reason for the day.

It ain't about hot dogs on the grill and a three-day weekend. 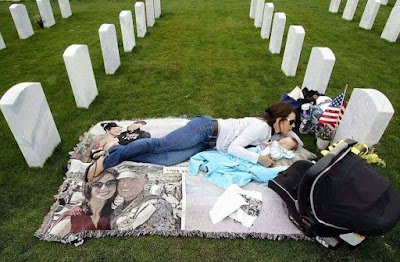 "This has taken me, a law-abiding citizen with nary an unpaid parking ticket to my name, over a month," he told the Washington Free Beacon. "Meanwhile Joe Bad Guy has probably purchased several fully automatic AK-47s out of the back of an El Camino in a shady part of town with zero background checks."

Receipts reviewed by the Free Beacon show Kane first purchased a firearm on March 11 from Sportsman's Warehouse in Milpitas, Calif. Santa Clara County shut down the shop before Kane's 10-day waiting period was complete. No end date was given for the order, but a California law giving buyers just 30 days to pick up a gun remained in effect. Kane was stuck in a legal limbo that only grew worse.

Unable to do business, the store went belly-up in May. Kane had no way to pick up his gun. He started the process over again at another store in a neighboring county. He returned home with a Springfield XD 9mm and a biometric safe on April 29, 50 days after he first passed a background check and paid for a gun.

"I'm seriously thinking of running for office or something," Kane said. "This state's gun laws are insane."

RTWT.
Opined by Jeff B at 5:50 AM No comments: Links to this post

Logic: How does it work?

Starting to get tired of the sheer idiocy of some folks during this whole Beer Flu thing.

One guy I know said "Do you remember when epidemiologists wrote an Op-Ed about the economy during a recession?"

There's a causality that he is missing, but OK, let me ask you this, then: When was the last time that economists, using flawed models and crappy data, made recommendations that caused a global pandemic?  They haven't?  Here, let me pull out my shocked face.  I left it laying around here somewhere...

Leaving aside the false dichotomy of this drivel, I simply replied "Wearing a mask shows that you support Donald Trump for President in 2020.  If you don't wear a mask, you don't support him."  It might be fun to watch him wrestle with that concept.

People are dumb.  It's starting to wear on my compassion.
Opined by Jeff B at 7:32 AM 1 comment: Links to this post 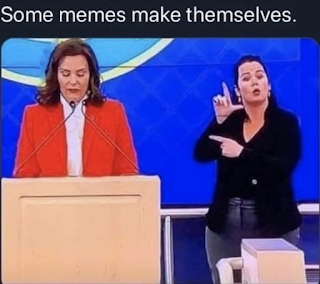 This Is Beyond Dumb

I would say "unbelievable", but given their history of suck and fail during the Beer Flu, it's actually believeable:

Mixing the two tests makes it much harder to understand the meaning of positive tests, and it clouds important information about the U.S. response to the pandemic, Jha said. “The viral testing is to understand how many people are getting infected, while antibody testing is like looking in the rearview mirror. The two tests are totally different signals,” he told us. By combining the two types of results, the CDC has made them both “uninterpretable,” he said.


Heads should roll.  They won't, of course, but they SHOULD.
Opined by Jeff B at 7:20 AM 2 comments: Links to this post

But He'll Still Get Paid

“I hope they’ll consider this next time they want to salute and celebrate our first responders … consider the fact that they will be the first ones laid off by cities and counties,” Newsom said.


No doubt the Associate Co-Director of Diversity will continue to get paid.

Opined by Jeff B at 10:23 AM No comments: Links to this post

Another Post With Which I Can't Find Anything to Disagree

There is absolutely no sense to the restrictions being imposed on the American People in the name of COVID19. They range from the useless to the deadly. This does not mean that there are not things that can be done that would actually help the situation:
– Wash your hands.
– If you’re sick, stay home (unless you’re sick enough to need to go to the hospital).
– Isolate those who are most at risk (the elderly, those with significant heart or breathing problems).
Really, you should be doing all of that anyway. If COVID19 gets people actually doing that then that’s a win.

It's a Fair Point

Over at B's place, he asks:


If masks work, then why can't we all return to normal wearing a mask?
If they DON'T work, then why are we encouraged (and in some cases REQUIRED) to wear them?


'Cause either there is something else going on or the people making the decisions are either drunk, stupid, incompetent or just plain crazy.

Embrace the power of "and", my friend.
Opined by Jeff B at 6:03 AM 4 comments: Links to this post